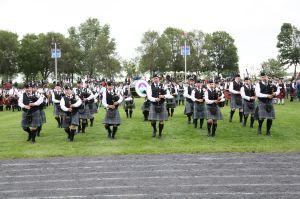 The Rocky Mountain Pipe Band (RMPB) has established itself as one of the premier pipe bands in Western Canada.

Formed in 1998 and based in Calgary, AB, the RMPB is a Grade 2 band comprised of some of the most talented and skilled musicians in the province. Current RMPB members have won Provincial, Canadian, North American and even World Championships at the Grade 1 level.

The band wears the distinctive Isle of Skye tartan, and is under the leadership of Pipe-Major Sean Somers and Lead-Drummer Tim Borton.